The Prodigal Son: A Parish Mission by Joe Heschmeyer

Join Joe Heschmeyer at Holy Family Church as he looks at the parable of the Prodigal Son through the lenses of what it means to be a son or daughter of God, what it means to be brothers and sisters with our fellow Christians, and how to lead according to the model laid out by God, the Father.

Born in Kansas City, Joe was a practicing attorney in Washington, D.C., when he began to look to dedicate his life to the Catholic faith. From 2012-2017, he discerned the priesthood in the Archdiocese in Kansas City, earning degrees in philosophy and sacred theology during that time. Rather than entering the priesthood, Joe began working at the School of Faith, where he helped to guide formation for elementary and high school teachers in the Archdiocese of Kansas City, as well to manage the Catholic Spiritual Mentorship program. In 2021, he joined the apostolate, according to Catholic.com.

Joe is the author of three books, a co-host of the “The Catholic Podcast,” blogger, and contributor to “Catholic Answers Magazine,” “Catholic Answers Focus,” and Catholic Answers Live. His first foray into the world of public speaking came as a high school and college debater, skills which he honed as a law student and eventually, a litigator. His introduction to Catholic apologetics came with his blog Shameless Popery which he launched in 2009 to share the truth of Jesus Christ and his Catholic Church.

In addition to his work, Joe is a husband to his wife, Anna, and a father. In his free time, he enjoys listening to podcasts, reading, and puns.

Confession will be offered following the Mission talk. Child care is available upon request by contacting Sabina at (920) 921-0580 ext. 501. 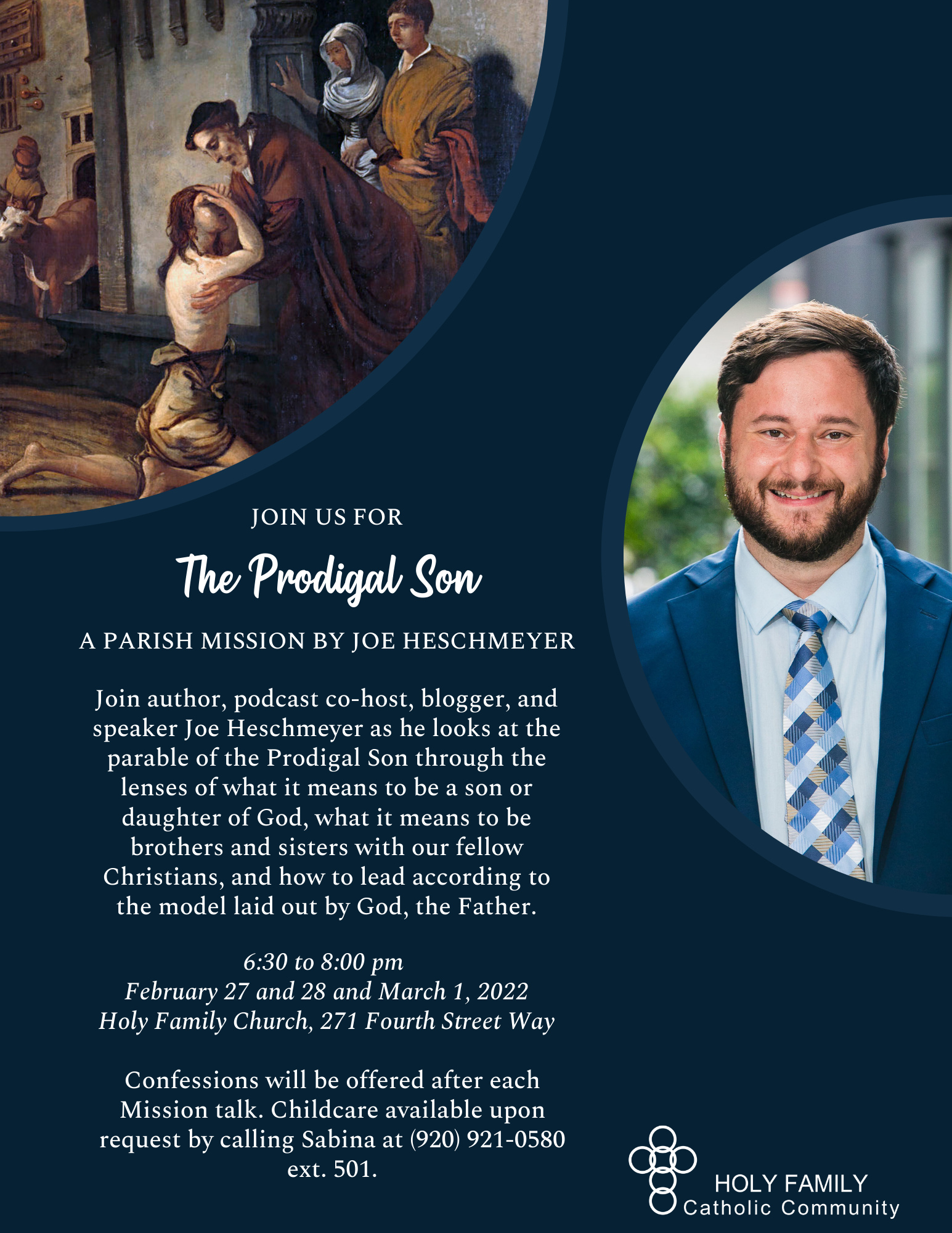